At the early stages waste oil heaters we offer utilized our patented hydraulic or high pressure atomization burners which were matched with cabinets purchased from Reznor of Mercer, PA. There was a fair success. However higher temperatures of preheating oil were required resulting in carbonizing and ultimately plugging of the burner's nozzle.
The system required cleaning too frequently! 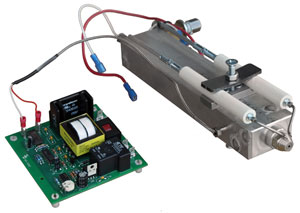 So, designing a system that would allow for a reduction of the oil temperature started, which would reduce carbon build up and extend cleaning and service intervals. From this system it was discovered that there is a need to have an exact oil preheat temperature for adequate and proper atomization of fuel (oil) spray. As a result, that heat control technology was incorporated at the nozzle along with adding air there as well to aid the oil flow spray (fuel atomization), reducing the fuel (waste oils) preheat temperature and its pressure.

So, the first for the industry, the only waste oil fired air induced low oil pressure burner was born! It would not carbon the passageways of the fuel (waste oil) preheater block. Instead of increasing the cleaning intervals, they were eliminated entirely! 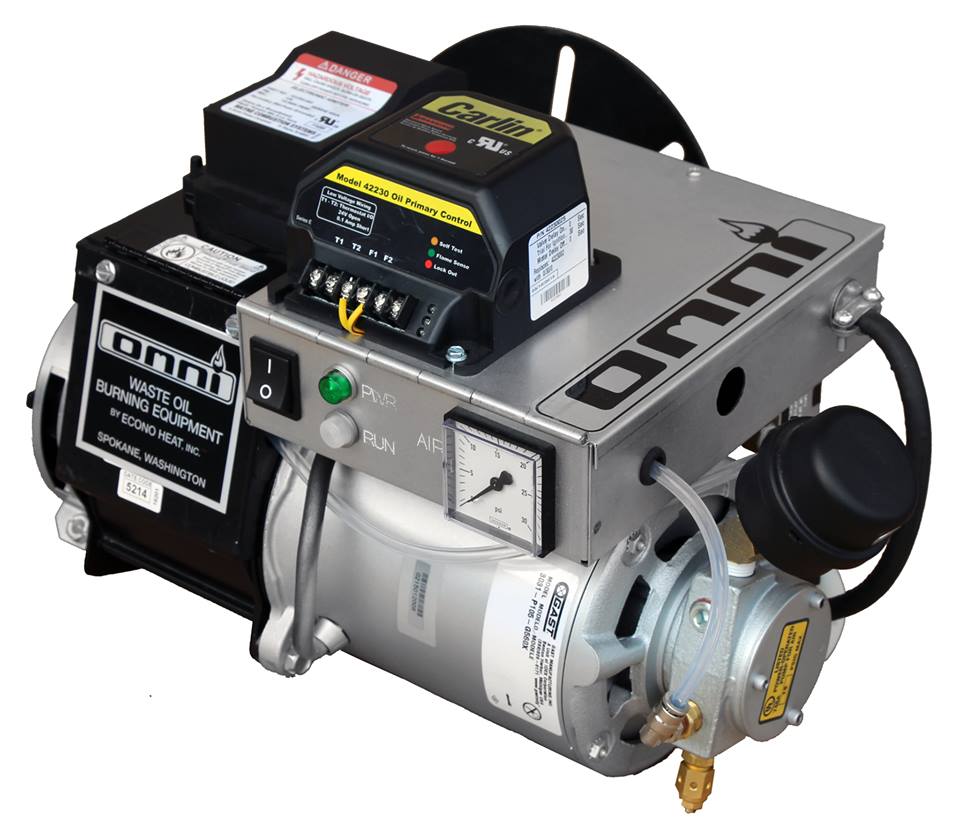 During several years the short comings of all waste oil heaters being sold were observed. A completely new combustion chamber was designed taking them all into account. The time tested and proven burners were applied to the new chamber. The result the waste (used) oil heater we offer. After 25 years of sales, all expectations are outperformed! 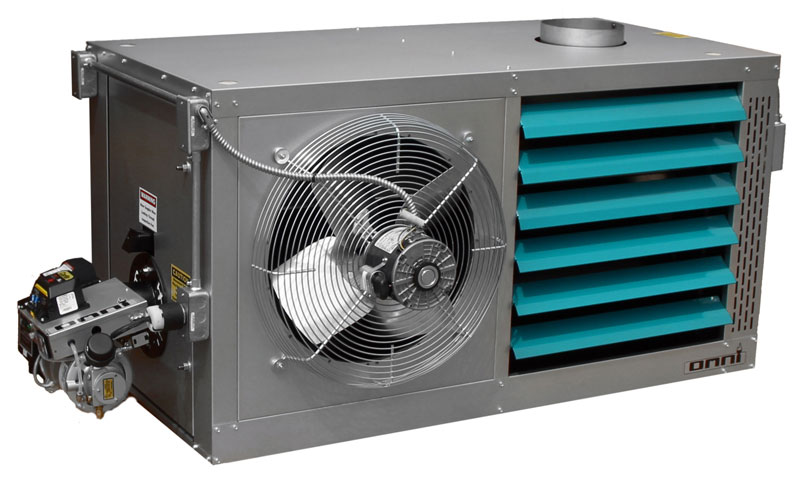 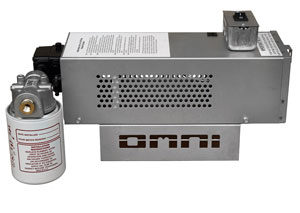 In 1992 a strong need was observed for an oil flow control supply pump that could be adjusted to any gallon per hour requirement, with absolute control of the fuel flow, that can be adapted with any existing oil fired appliance. In 1993 patent for such system was obtained. This system eliminates the need for oil flow adjustments to compensate for fuels of different viscosities and altitude variances, as well as pump wear increasing its life.

In 1997, as a result of the request for an air conditioner a system was developed employing the use of the Robur (Servel) gas fired absorption chillers  well established name in that industry. Their conventional gas fired portion was replaced to use waste oil burning technology used in the rest of the products we offer. The result is the world's first waste oil fired air conditioner which was patented in 1998.

Unique design of the waste (used) oil burning boilers we offer provides a very high efficiency. The cast iron core (heat exchanger) of the boiler is a revolutionary idea in industrial heating. It utilizes the highly efficient, extremely durable Scotch Marine design principle that has been proven in decades of use in large commercial and industrial heating systems. Boiler is manufactured in Germany, and sections are assembled there as well.

See summaries of further accomplishments and standards set below please.

Waste oil burning equipment we sell is approved and listed in several countries including but not limited to Russia, Ireland, The UK, New Zealand, Switzerland, etc. When the equipment is sold to Europe and Japan, the models provided to accommodate their voltage differences. Waste oil burners, heaters, boilers and air conditioners we offer have the highest return on investment with the least amount of maintenance! 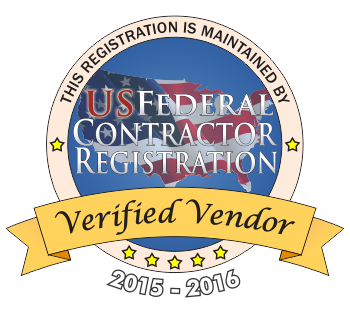 Our registration is complete and error free!